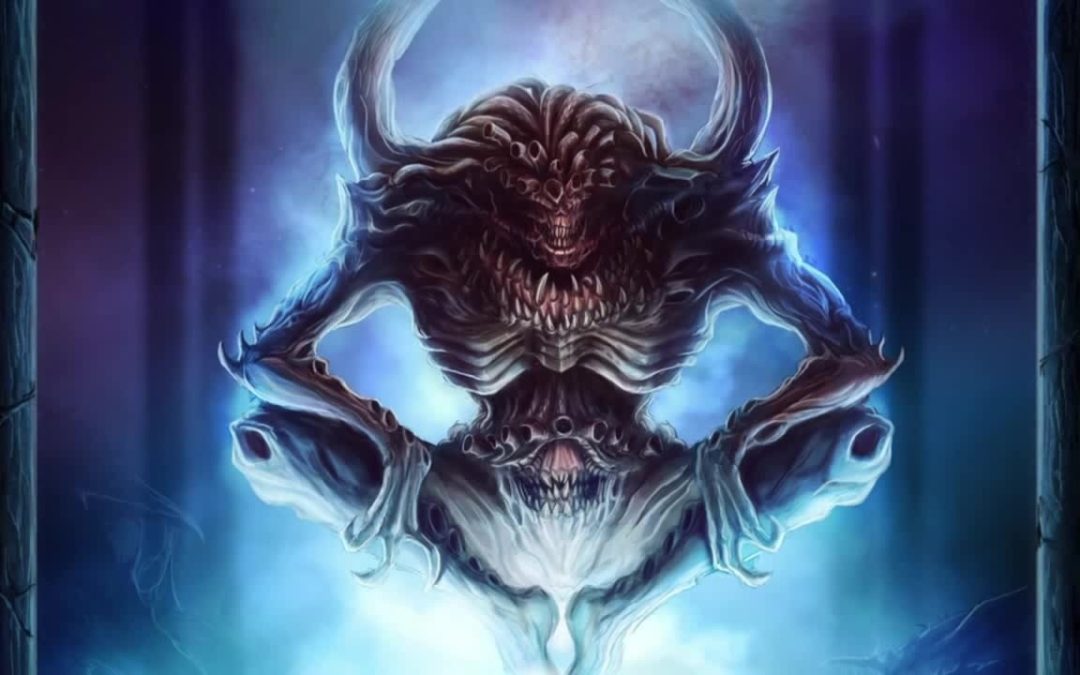 Tzeentch – Great Architect of the Ways, Changer of the Ways, Lord of Fortune, Great Conspirator, Architect of Fates – god of magic, change, evolution, fate, lies and deceit. Tzeentch embodies the ambition, knowledge, and aspirations of mortals. This is one of the most controversial gods of the Great Four of Chaos. It is he who gives hope in order to then take it away… Or vice versa, everything will depend on the plan that is prepared for the mortal. And possibly God. Compared to Tzeentch, the rest of the Chaos Lords are too straightforward and predictable.

Khorne despises intrigue and sorcery, yet revels in primitive bloodshed, carnage, and the skulls of fallen warriors. How not to remember the sacramental: “Skulls – the throne of skulls!”

Slaanesh is the prince of pleasures, arts and depravity in all its manifestations. “Only exquisite pleasure from pain can bring satisfaction in the abyss of undivided immortality. Screams and groans – that’s true music! This is his real goal.

Grandfather Nurgle is the lord of corruption, disease and decay. He is very kind, funny and generous. He only rewards with ulcers, scabs and plague. Oh, there are more than enough poisons and leprosy in his cauldron. But his goal is also clear: to make his own garden out of the world. Nurglets will frolic merrily in it, and trees will exude poison. Instead of rivers and lakes – fetid swamps. And instead of fauna – zombies, rotting likenesses of plague animals and birds. This is also understandable.

Another thing is the Weaver of Fates. Today we will talk about his faction in this article together with the Zavvi website. Let’s begin our journey into the unknown!

Obtain Ursun’s eyes to see the past, present and future.

The main feature of the faction is the ability to magically influence other factions, forcing them to share information, give settlements and go to war with a neighbor. Thanks to this ability, the player does not have to wage war on his own and get his hands dirty – it is enough to make the neighbors bite each other’s throats.

Geographically, the faction starts in the lands of Chaos on the other side of the wall of Great Cathay – it is assumed that the player will lead an invasion of the lands of Cathay, while manipulating neighboring factions to expand possessions in the lands of Chaos. The units here are not the strongest, but a wide range of spells and magical creatures allows you to effectively deal damage from a distance and attack the back ranks of the enemy army. Despite the theoretical advantage of starting position and set of special stats, Tzeentch’s campaign is one of the most difficult in Warhammer 3 due to the aggressiveness of the Great Cathay and the powerful debuffs of the Wu-Xin compass. By the way, on the Zavvi website you can find a wide variety of games.

Northwest of the Warhammer 3 world map on the border of the Maelstorm. In the northeast behind the Great Bastion lie the lands of Cathay, in the southeast – mountains inhabited by ogre tribes, and in the south a number of small factions of Chaos, Ogres, Tzenerites and others.

“Great Change” allows you to manipulate other factions through a number of active abilities for a resource of grimoires. The higher the corruption in the region where the player wants to manipulate, the cheaper it will cost. By spreading corruption in friendly or neutral regions, you can cheaply take settlements from them, find out information about future plans and use them as cannon fodder in your own wars. At first, only one action is available – the transfer of a neutral or friendly settlement under the control of Tzeentch. With the pumping of relevant technologies, more and more opportunities open up. Such as: “open the gates”, “raise an uprising”, “bring two factions in a war” and others.

On the Zavvi website you can find a unique collectible set dedicated to the world of Warhammer. Follow the pinned link!

A special resource is grimoires. With it, they manipulate the state of affairs in the world. And they are given as a reward for victories in battles, the destruction of settlements, the completion of quests and special activities. Also, the creation of cults and in the form of a resource produced by buildings.

By learning the appropriate technology, Tzeentch’s army can move freely around the map, overcoming mountains, seas and oceans. Teleportation is available as an army stance and takes all movement points. Two types of teleportation are available: just on the map and on the enemy army. If moved to the enemy army, the player will lead the opponent into a battle that cannot be escaped from and gain the advantage of “ambush”. To open teleportation, you need to study a large number of technologies, so it becomes available only closer to the middle of the game

Controlling the Winds of Magic

The faction has the ability to control the Winds of Magic through a small slider. It allows you to lower the strength of the winds in some regions and increase in others. Thus, you can charge your own reserves of magic and lower the enemy’s.

Like all factions of Chaos, the Tzeentch participate in the Great Game and the corruption campaign. For progress in its distribution, the player receives filth points, which open access to powerful buffs, such as inflicting huge non-combat losses on the selected unit or an instant grimoire bonus. Upon reaching a certain corruption mark, the faction gains access to one of four buffs that can be activated every few turns.

The Tzeentch technology system is more like a web structure with threads on the right and left side. Starting from the center, where the player can freely choose technologies. They are connected in consecutive chains. Some of them are closed for the study of others. These technologies require the expenditure of Grimoires to learn and open up new modes of influence. For example, diplomacy and teleportation.

Tzeentch’s units are not particularly strong in direct battles, but a wide selection of mobile and long-range monsters allows you to deal huge damage with competent reconnaissance of troops.

In general, if you understand in more detail, then Tzeentch is not just ambiguous. He is incomprehensible even to the rest of the gods of Chaos. They really dislike him. This is especially true of Khorne, who periodically unleashes a war against Tzeentch. However, this is the natural state of the Great Four. They are constantly in conflict with each other. Excluding short truces to invade the real dimension. By the way, by clicking on the link to the Zavvi website, you can find unique game sets. You can order them there. Have a nice game everyone! Tzeentch is already waiting for you.