Everything You Wanted to Know About Audiobooks to Fall in Love with Them! 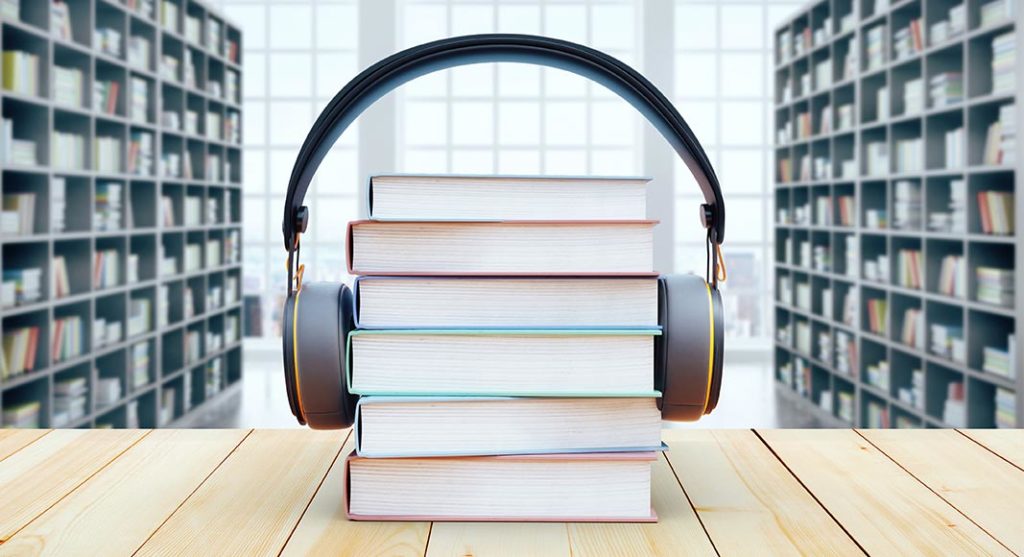 In a broad sense, an audiobook is any artistic, educational or popular science text, voiced and recorded on an information medium for further listening and distribution. But some researchers recognize as “real” only those works that are recited without corrections and abbreviations by one or two readers, without additional sound effects and with a moderate use of acting skills. In this article, we will analyze in detail the main aspects related to audiobooks. By the way, on the Audible website you can find the most necessary and relevant audiobooks. Follow the pinned link!

When did audiobooks appear?

The term originated in Germany in 1954, but when answering a question about the first audiobook, the researchers did not come to a consensus. Some consider the recording of a popular science text made in 1933 by anthropologist J. Harrington to be the earliest prototype. Others note that music, speech, and commentary on historical events were distributed and listened to using gramophone records as early as the end of the 19th century.

In the US, the first “talking” books for the visually impaired were written in the early 1930s. Europe adopted the experience of creating free audio libraries after the end of World War II. In the USSR, a similar project began to be implemented only in 1961 under the auspices of the All-Union Society of the Blind. In today’s world, audiobooks have become the hottest trend. They are in demand primarily by busy people who do not have the opportunity to read physical literature. However, on the Audible website you can find books with the best voice acting. Follow the pinned link!

In 1877, Thomas Edison, during the presentation of his “phonograph”, suggested using it, among other things, to create “talking” books. A few months before the famous American, the description of a similar invention was proposed to the French Academy of Sciences by the poet Charles Cros, but this did not bring him either money or fame.

The first recordings lasted no more than 4 minutes, and with the advent of records, their duration tripled. This was enough for several poems or one short story. And fans of more voluminous works had to wait another couple of decades before the advent of radio broadcasting.

One or more professional actors, amateur readers or even the author himself can read the text for the audio version. Professionals most often get the job done better through correct pronunciation of words and the use of acting skills, but among amateurs there are sometimes “rough diamonds”.

An experienced director can turn a book into an audio performance or an audio film by inviting several actors to dub it and slightly modifying the content. In this case, in addition to speech, other sounds are used for recording: splashing water, wind noise, background music, and so on. On the Audible website you can find audiobooks for any, even the most unusual, taste.

What Do You Need to Record an Audiobook?

If an amateur takes up the matter, then at least he will need: a quiet room, sound recording equipment, and, of course, the permission of the author or copyright holder, if the work that is being prepared for dubbing has not yet become the “public domain”. In order for the audio version of your favorite work to turn out to be good, it is desirable to have a pleasant voice and correct pronunciation.

Professional readers, as a rule, cooperate with publishing houses and work in the studio. They have at their disposal not only a microphone and a recording device, but also special equipment for noise reduction, as well as the services of a sound engineer. After many takes and several hours (or even days!) of work, the recording is run through the editor and “glued together” into an audiobook, which can be divided into chapters or released as one file. There are books on the Audible website that are voiced by professional actors. It’s nice to listen to them. And what you like is remembered better. Follow the pinned link!

Who Listens to Audiobooks?

Among the fans of the format, there are children and adults, teenagers and the elderly. Most of all, they are loved by those who consider themselves to be auditory, often busy with several things at once or spend a lot of time in traffic jams. And for the visually impaired and people with disabilities, audiobooks become the only way to enjoy good literature. The Audible website has a wide variety of literature, both fiction and non-fiction. Go to the pinned link!

Why Listen to Audiobooks?

Originally invented so that people with visual impairments can also read, audiobooks today help to join the world of literature for all those who, for health reasons or due to developmental characteristics, cannot use paper books. They are suitable for children who do not yet know how to read, and become a real boon for those who prefer to learn information by ear. In addition, they save our time: you can listen on the go, while playing sports and doing household chores or other monotonous and monotonous work. A lot of useful literature can be found on the Audible website!